Chapter of the book "Flyfishing the Russian Far East" 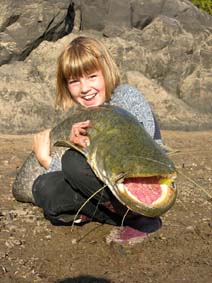 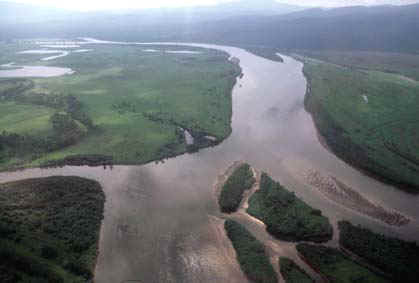 Amur is about 3000 miles long, it is the tenth biggest river of the world. The lower reaches of the river begin from the mouth of big right tributary, Ussury. Here is situated the biggest city of the Russian Far East, Khabarovsk. Lower Amur is a very big river. Downstream from Khabarovsk it has low gradient and flows mostly on sand. Countless creeks and channels, pools and islands, lakes and sloughs form an enormous labyrinth, where it is easy to get lost. Most of my life I have studied salmonid fish, worked in the North, and fished in mountainous rivers. Over there everything is much simpler: easy to read the water and to understand, where to cast. When I began to fish the Amur, I was astonished by vast expanse of monotonous murky water. Many of Amur fish are true pelagic species, which are not connected with the shores of bottom. Their movements in the main channel and in the floodplain are regulated by many factors, some of which are not yet discovered. Amur is a very complicated and unusual aquatic ecosystem.